We are happy to announce that RMD is a new sponsor of Norway Chess. The relationship between RMD and Norway Chess started when World Chess Champion, Magnus Carlsen, was gifted the world’s largest chess set by the RMD company, through the RMD owned brand NEUSUS Upcycling. Magnus Carlsen in turn gifted the city of Stavanger, the location of the Norway Chess tournament, with the set. During the infamous Norway Chess Games, a day where the chess players compete in activities off of the board during one of the tournament rest days, the players participated in a game over the giant chess board this past June. The players were divided into two teams and what started out as friendly game, ended up being very competitive to spectators’ delight. Team Carlsen with Aryan Tari, Wesley So, Veselin Topalov and Wang Hao vs. Team Vishy Anand with Maxime Vachier-Lagrave, Anish Giri, Shakhriyar Mamedyarov and Teimur Rajabov. The entertaining game ended in a draw. The board is open and free to use at Bjergstedparken in Stavanger.

“It’s been a pleasure and an exciting partnership thus far with RMD and I am thrilled we are taking further steps into the partnership. We visited RMD and their impressive factory in León in June, where they extract minerals such as cobber and aluminum from old wires and cables. They also have an impressive wheel recycling plant where they treat rubber tyres and create fantastic animal figurines from it, as well as chess sets of different sizes. Norway Chess will also be a distributor in the Nordics of these figurines and chess sets.” -Benedicte Westre Skog, project manager, Norway Chess.

“We are so proud that Norway Chess trusts NEUSUS and especially our motto #Chess4ABetterWorld. We are very happy that our MegaChess is already part of Norway and we are sure that this new partnership will be a milestone in our project. Circular economy is an essential practice for the care of the environment, and we are delighted to be able to share it abroad.” – Adolfo López Aguayo, RMD’s CEO. 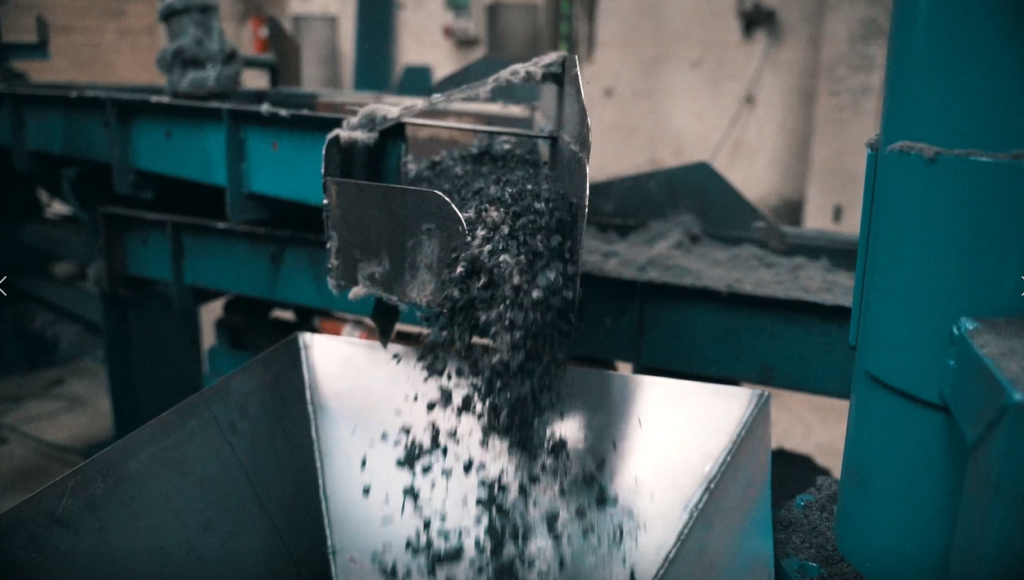 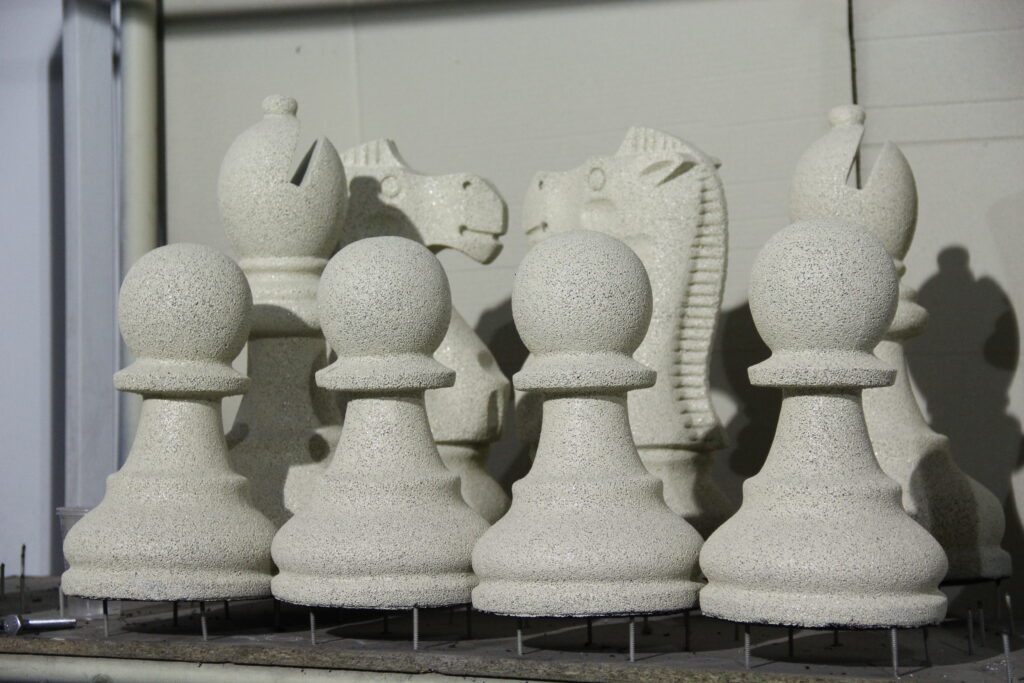 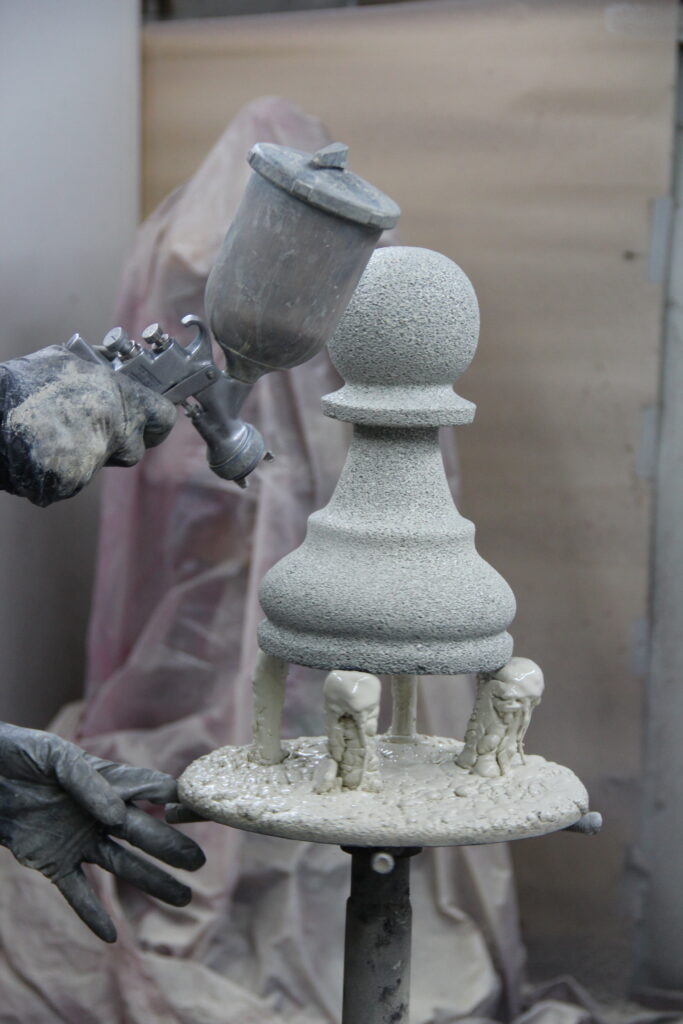 The pieces get painted 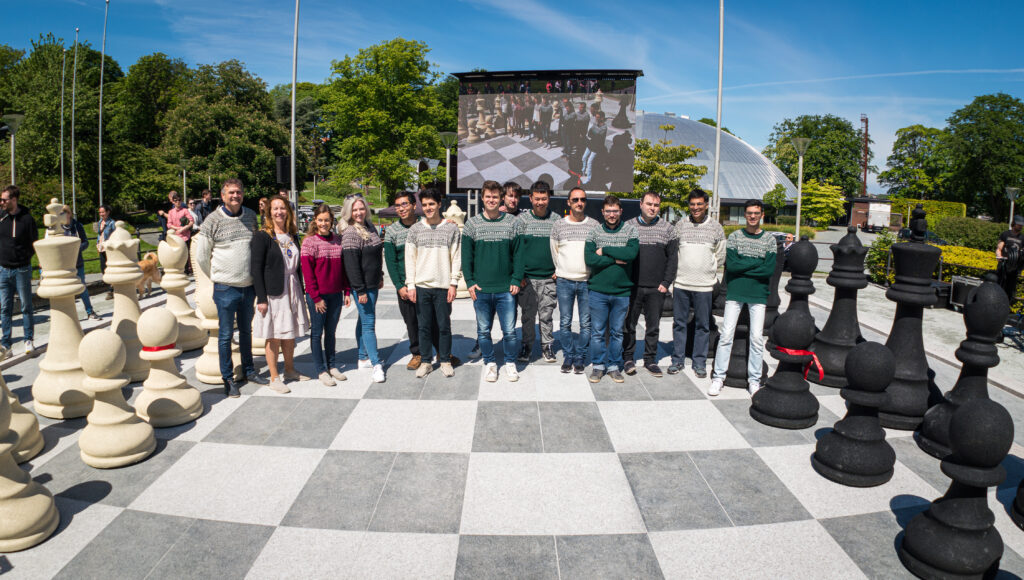 The largest chess set on Earth! Here from the inauguration of it during Norway Chess 2022 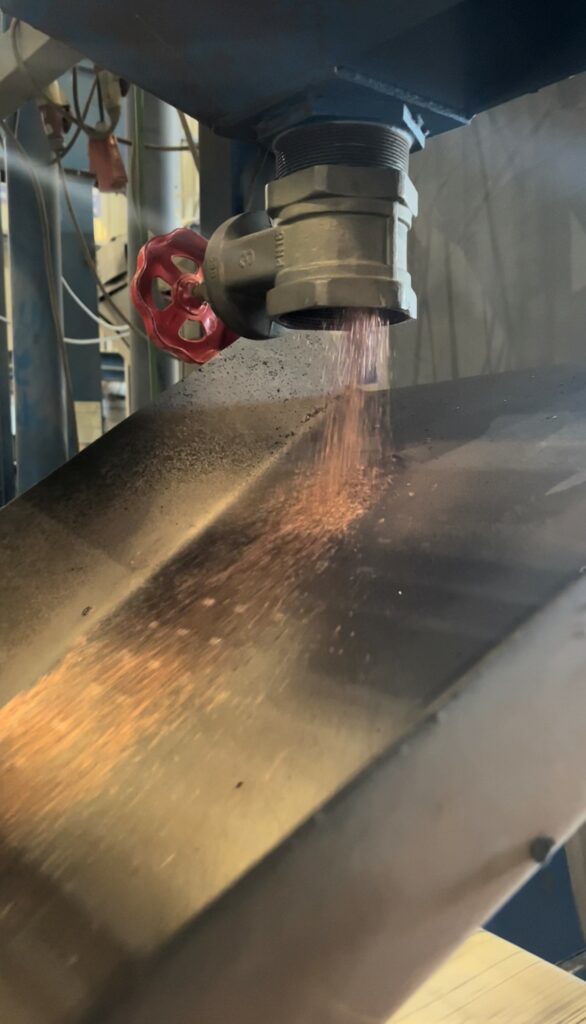 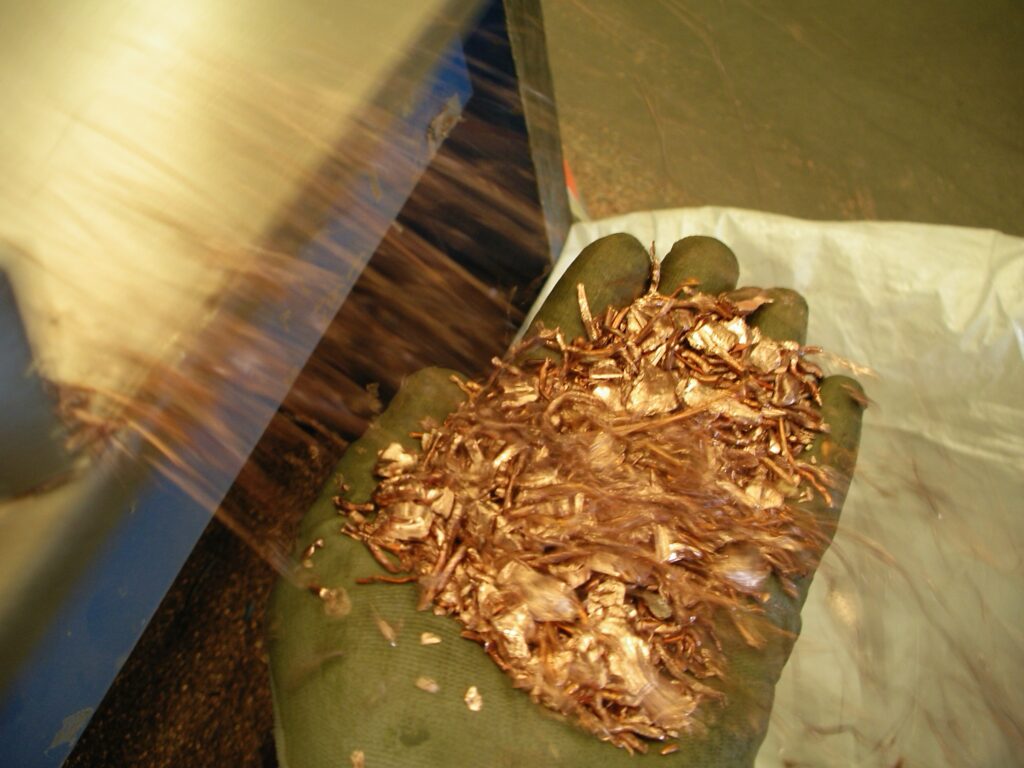