Our fantastic field of players are 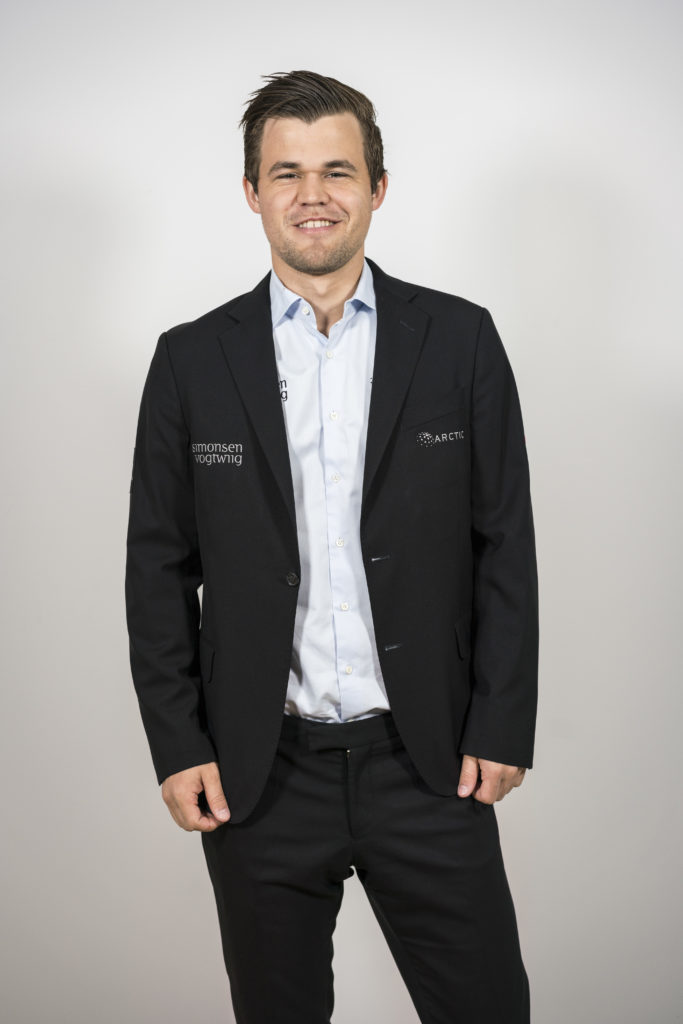 Magnus Carlsen was born in Tønsberg, Norway in November, 1990. During his early years, he moved between Finland and Belgium with his family before returning to Norway in 1998.

In 2013 Magnus won the Candidates Tournament and qualified for a World Championship Match vs. Viswhanathan Anand. Magnus became World Champion by beating Anand 6,5 – 3,5.

In May of 2014, Magnus reached a peak rating of 2881. Later the same year he won the both the Rapid and the Bitz World Championships. In 2014, Magnus defended his World Champion title, and became the first player to simultaneously hold the title in all three FIDE rated time controls (Standard, Rapid and Blitz).

Magnus started 2016 with his fifth win at the Tata Steel Chess Tournament and his first at the Altibox Norway Chess Tournament. He later went on to take out the Bilbao Masters Final in July. He finished the year with a win against Sergey Karjakin at the 2016 World Chess Championship in New York.

Magnus went into 2018 ranked No. 1 in the FIDE rapid and blitz rating lists, with Elo ratings of 2880 and 2965, respectively. In November, Magnus successfully defended his title against Fabiano Caruana at the 2018 World Chess Championship in London.

Carlsen has played in all editions of the Altibox Norway Chess tournament. He won in 2016. 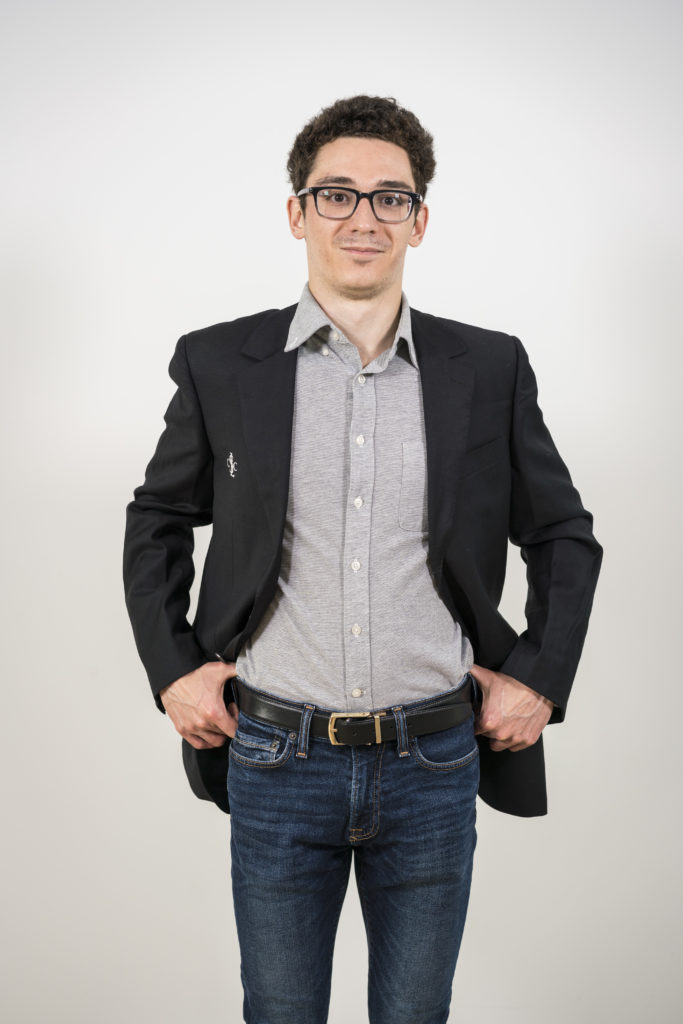 Fabiano was born in Miami, Florida. At age 5 in 1998, after relocating from Miami to Park Slope Brooklyn in New York City, he learned to play chess at an after school program. His first official tournament took place at the Susan Polgar Chess Center in Queens, New York. And at age 6 he started training with his first coach, the renowned National Master Bruce Pandolfini.

At age 10, Fabiano became the youngest American to defeat a Grandmaster in an official tournament, and by age 12 he had obtained the international title of FIDE Master. Subsequent achievements included winning several national scholastic championships, as well as two gold medals at the Pan-American Youth Championships. In 2004, he and his family relocated from the United States to Europe so that he could better pursue a professional chess career.

In 2007 at the age of 14, he became the youngest Grandmaster in the history of the United States, beating the record set by Bobby Fischer.

At the 2014 Sinquefield Cup in Saint Louis Missouri, he scores one of the best tournament performances in the history of chess: Clear first with 8.5 points from 10 games, and 3 full points clear ahead of the World Champion Magnus Carlsen, including an astonishing streak of seven consecutive wins! Today, Fabiano is one of the hottest players on the global scene and is tipped by many to become World Champion in the very near future.

In 2018 Fabiano won the Altibox Norway Chess tournament after winning the Candidates Tournament and qualified for a World Championship Match vs. Magnus Carlsen later in the year. Although Fabiano did not win, he proved himself to be a very strong rival to Magnus Carlsen.

This will be Caruana’s 5th time playing in Altibox Norway Chess. He won in 2018. 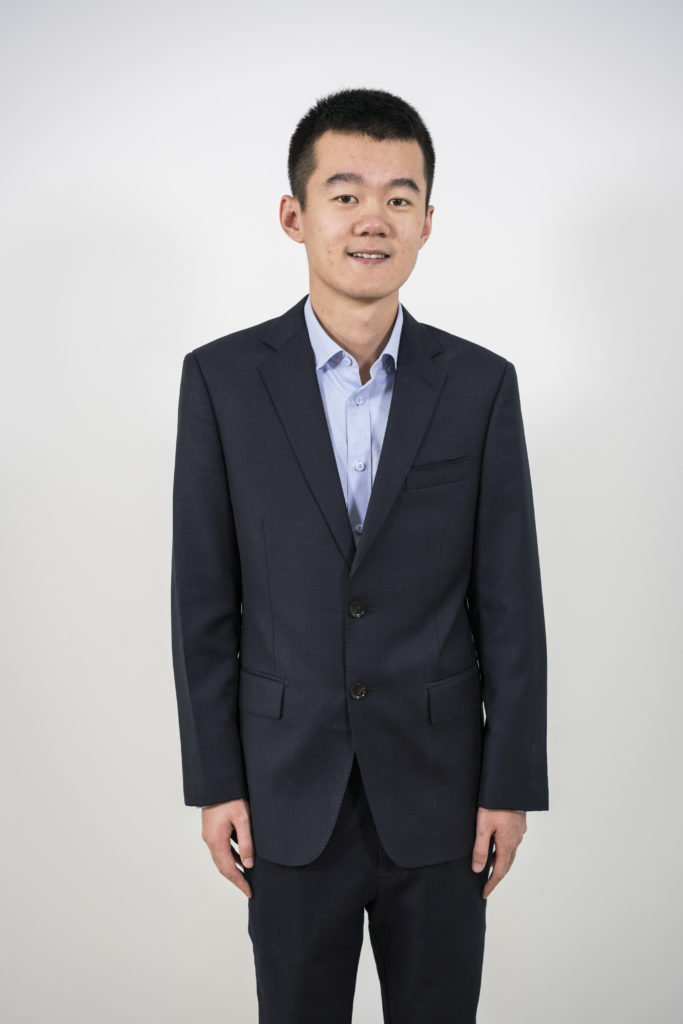 Ding Liren, born in October 1992 in Wenzhou, Zhejiang, China. Began to learn chess at the age of four and became International Grandmaster in 2009.

In July 2016, he was the highest rated Blitz player in the world.

In September 2017, he became the first Chinese player to qualify for a Candidates Tournament, the penultimate stage in the World Championship. He placed clear 4th with +1−0=13, the only candidate without a loss at the event.

In September 2018, Ding became the first Chinese player to pass the 2800 Elo mark on the FIDE world rankings, and in November he reached a rating of 2816, the joint-tenth highest rating in history.

Ding Liren was undefeated in classical chess from August 2017 to November 2018, recording 29 victories and 71 draws. This 100-game unbeaten streak is the longest in top-level chess history!

We are happy to have Ding Liren back this year, after his unfortunate bicycle accident in 2018, that forced him to withdraw from the tournament. Welcome back, Ding! 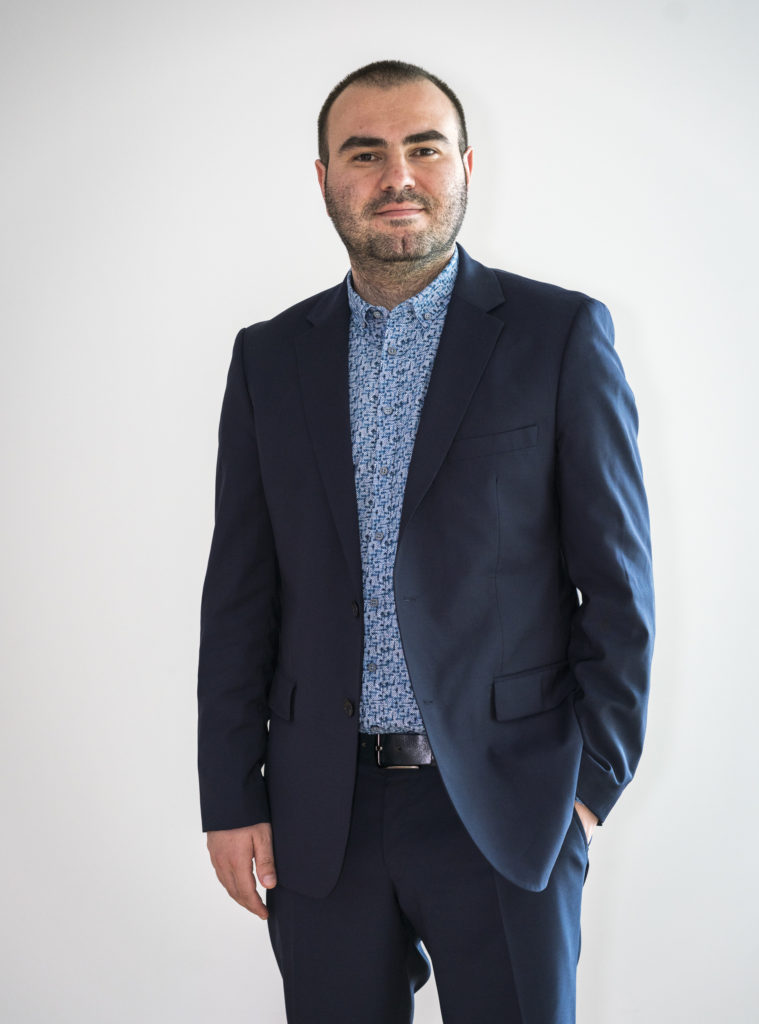 Shakhriyar Mamedyarov, born in April 1985, is an Azerbaijani chess Grandmaster. He is ranked as No. 1 in Azerbaijan and No. 3 in the world as of January 2019. His personal best rating of 2820 makes him the sixth-highest-rated player of all times in chess history.

In 2003 he won the World Junior Chess Championship. He repeated his victory in 2005, becoming the only two-time champion.

In 2005 Mamedyarov competed at the European Club Cup and had the second highest performance rating (2913) among all of the participants.

Mamedyarov attained joint first place at the Aeroflot Open in Moscow in February 2006. In May he won the combined FiNet/Ordix rapid event. In October 2006, he won the closed Essent Chess Tournament in Hoogeveen, beating Judit Polgár.

In 2008 he won the Corsican Circuit rapid knockout.In 2009 he won the Mainz Ordix Open.

In 2010, he tied for first place with Vladimir Kramnik and Gata Kamsky at the President’s Cup in Baku, followed by joint first in the Tal Memorial.

In June 2013, Mamedyarov won the World Rapid Chess Championship. The next month he won the Geneva Masters rapid event.

In November 2014, he won the Tal Memorial for the second time.

In April 2017, Mamedyarov won the Vugar Gashimov Memorial for the second year in a row.

From 28 May to 7 June 2018, he competed in the sixth edition of Norway Chess, placing seventh.

This will be Mamedyarov’s second time playing in Altibox Norway Chess. 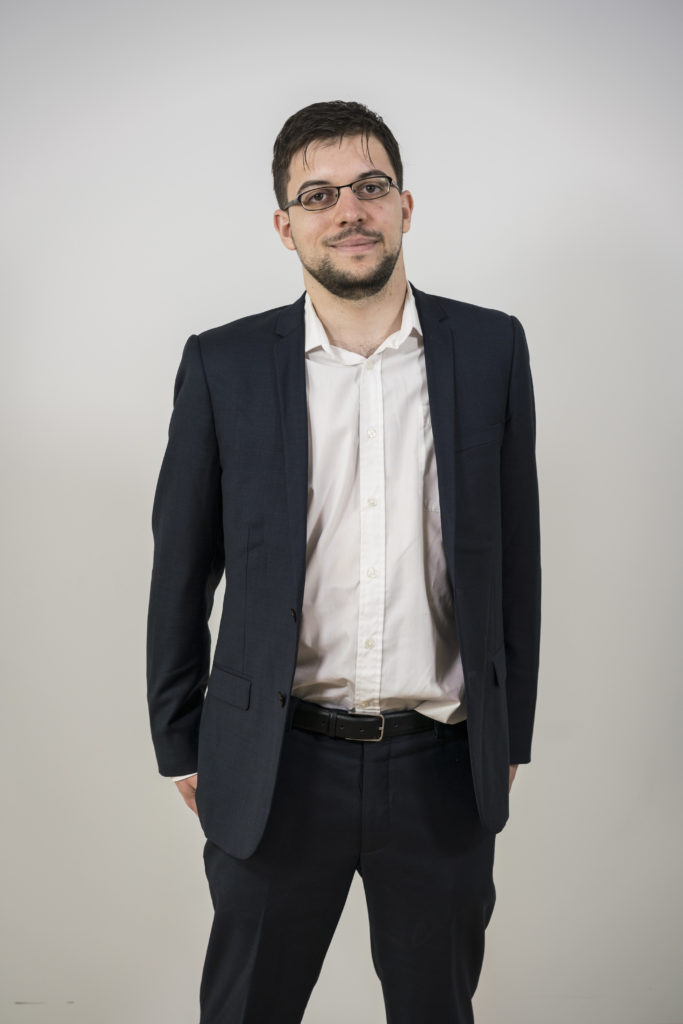 Maxime Vachier-Lagrave was born in October 1990, in Nogent-sur-Marne, in the suburb of Paris. Four years later, he received a chessboard as a Christmas gift. Very soon, chess became a passion.

He became a youth French champion in 1997 and a vice-champion in U14 at the age of 12. He became an International Grandmaster in 2005, becoming won of the youngest to this title ever.

In 2007 while earning his Baccalauréat, he becomes French Chess Champion. In 2009 he becomes Junior World Champion. He becomes the European blitz champion in 2010 and again in 2012.

This will be Maxime Vachier-Lagrave’s 5th time playing in Altibox Norway Chess. 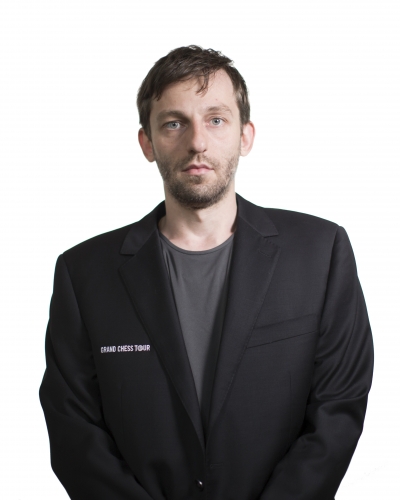 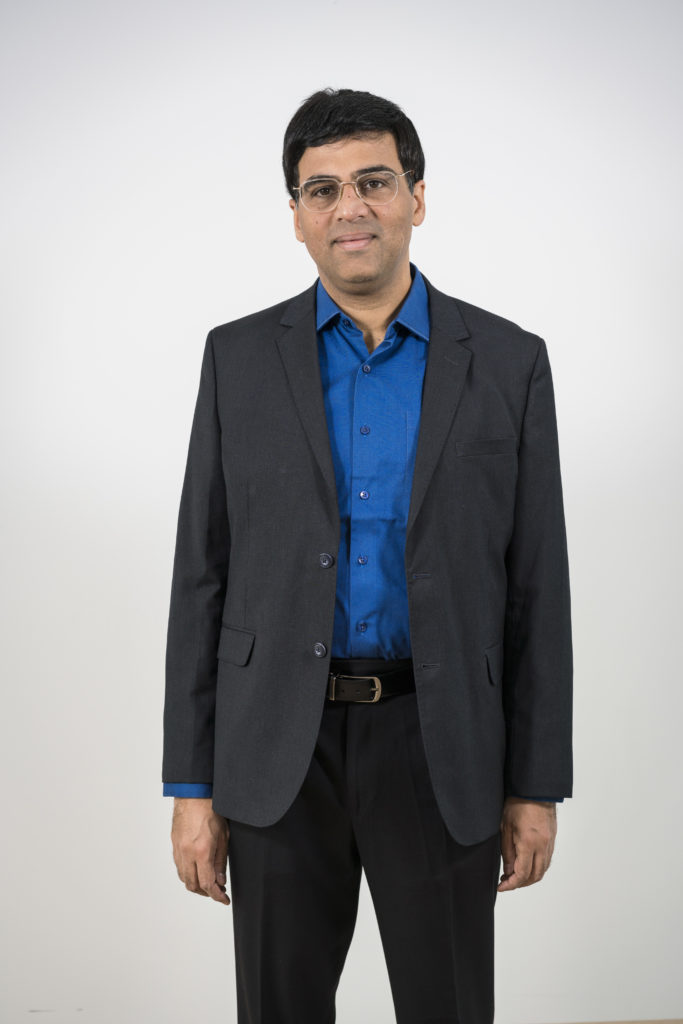 Viswanathan Anand, known as Vishy, was born in December 1969, in Chennai, India. He is a former World Chess Champion. Vishy is the oldest player in modern times to become classical World Champion for the first time: he was 37 when he won in 2007.

When the world championship was split, Anand played in both versions. In the classical chess versions, sometimes called the “PCA cycle”, Anand won matches against Oleg Romanishin and Michael Adams without a loss, then avenged his FIDE loss by defeating Gata Kamsky in the Candidates final.

In 1995, he played the PCA World Chess Championship 1995 against Kasparov in New York City’s World Trade Center. Anand won game nine with a powerful exchange sacrifice, but then lost four of the next five. He lost the match 10½–7½.

Anand held the FIDE World Chess Championship from 2000 to 2002 when the world title was split. This was a knock-out event of a different type from the classical matches.

He became the undisputed World Champion in 2007 and defended his title against Vladimir Kramnik in 2008. With this win, he became the first player in chess history to have won the World Championship in three different formats: knockout, tournament, and match.

Anand retained the world title by beating Veselin Topalov in 2010. He kept the title again by defeating Boris Gelfand in 2012.

Anand is one of a small group of players to break the 2800 mark on the FIDE rating list, and in April 2007 at the age of 37, he became world number one for the first time. He was at the top of the world rankings five out of six times, from April 2007 to July 2008, holding the number one ranking for a total of 15 months. In October 2008, he dropped out of the world top three ranking for the first time since July 1996!

In 2007 he was awarded India’s second highest civilian award, the Padma Vibhushan. He is also the first recipient of Rajiv Gandhi Khel Ratna Award in 1991–92, India’s highest sporting honour.

Anand lost the title to Magnus Carlsen in 2013, and also lost the return match in 2014.

This will be is 5th time playing in Altibox Norway Chess, currently ranked number 8 in the world. 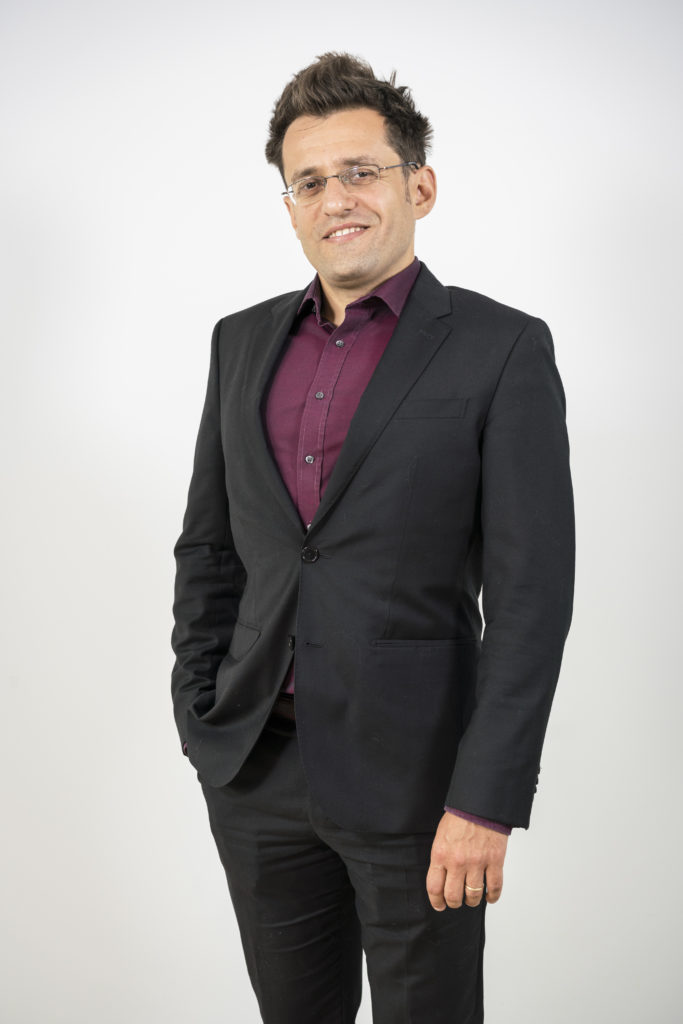 Levon  Aronian was born in October 1982. He is an Armenian Grandmaster.  On the March 2014 FIDE rating list, he was ranked number two in the world and had an Elo rating of 2830,making him the fourth highest rated player in history.

In 2016, CNN called Aronian the “David Beckham of chess”.

Levon Aronian has played in all editions of Altibox Norway Chess since its start in 2013. He won the 2017 tournament. 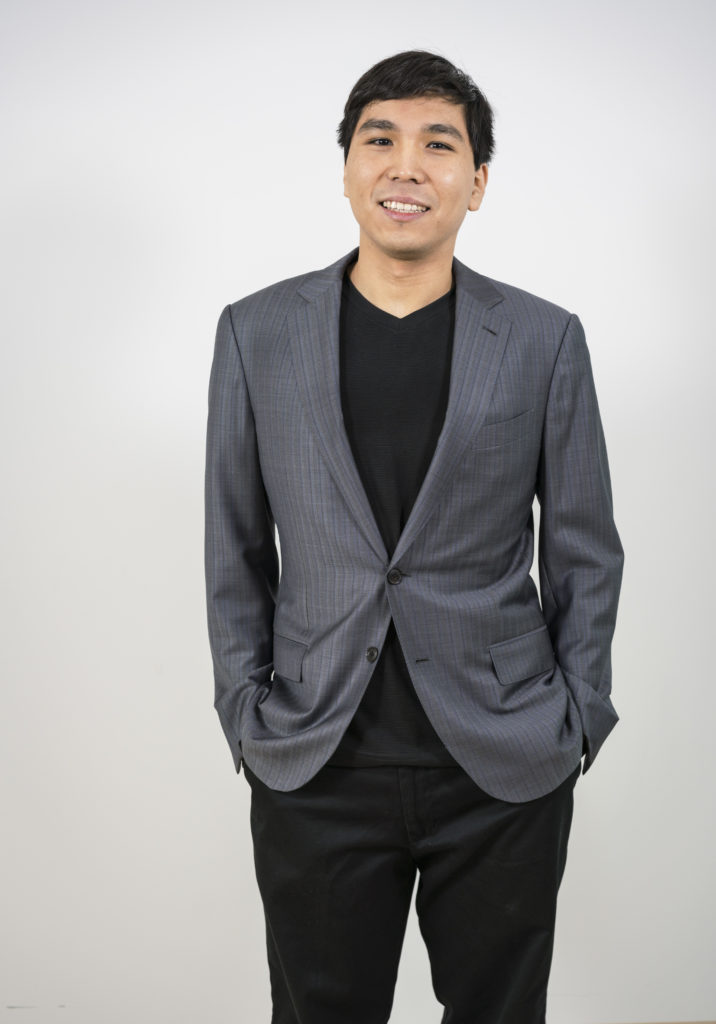 Wesley So is a Super Chess Grandmaster of Chinese – Filipino descent. He was born in the Philippines in October 1993. When he was six, when he learned the movement of chess pieces across a board. After memorizing them, chess set in hand, he explored the streets of his neighborhood daring people to play with him. At nine years old he began to compete in local, junior chess tournaments. His first major tournament win was taking 1st place at the 2003 Philippine National Chess Championships for the under 10 age group.

So, was awarded his first GM norm at the Offene Internationale Bayerische Schach Meisterschaft, in Bad Wiessee, Germany. He acquired his second GM norm in the 2007 U-20 World Junior Chess Championship in Yerevan, Armenia, and capped his year by earning his third GM norm at the 3rd Prospero Pichay Cup International Open in the Philippines. At the age of fourteen years, one month and twenty eight days, FIDE awarded him the title of Grandmaster, making him the ninth youngest chess grandmaster in history. He was then ranked strongest player in the world under sixteen years old.

In 2007, Wesley So went on to become the youngest National Junior Open Chess Champion and won the gold medal on board one, at the World Under16 Team Championships.

In 2008, Wesley So won the title in the Dubai Open Chess Championships, in the United Arab Emirates, and set a record as the youngest winner in the 10-year history of the Cup.

In 2008, Wesley So was rated 2610 and was the youngest player in the history of the game to break the 2600 Elo barrier, surpassing the record previously held by Magnus Carlsen.

In 2009, On the FIDE rating list, Wesley So was rated the world’s strongest chess player for his age level (players born in 1993 and later)

In 2016, Wesley So was awarded The Samford Chess Fellowship, by the US Chess Trust.

In 2017, he played in Altibox Norway Chess for the first time, finishing with a tied 4th place.

In 2018, he played in Altibox Norway Chess for the second time, finishing 3rd. 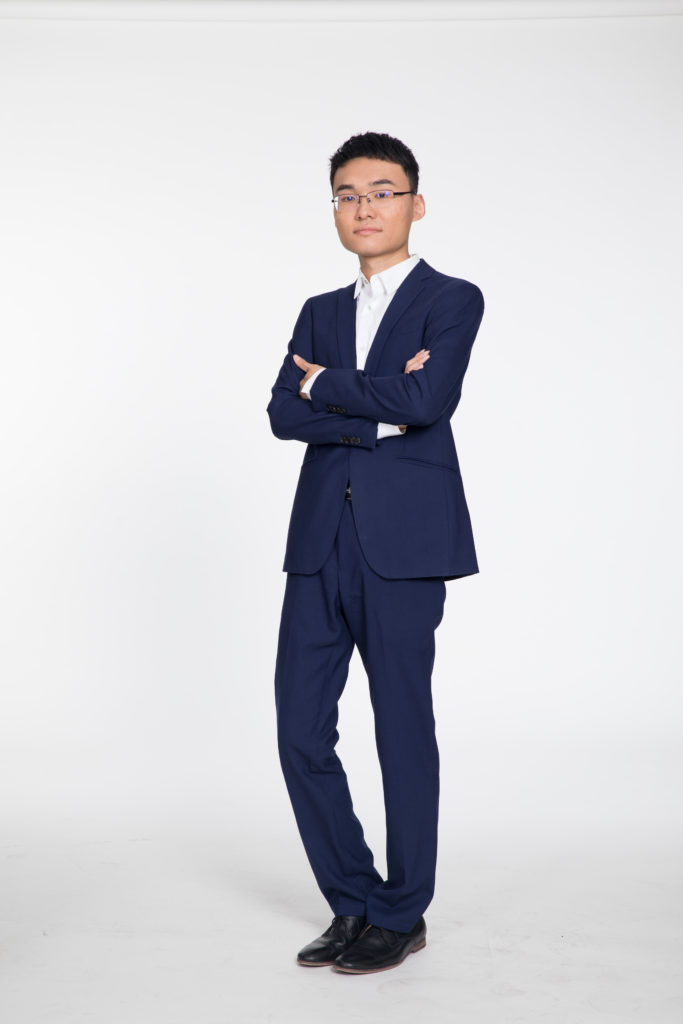 Yu Yangyi was born in June, 1994. He is a Chinese chess grandmaster. He qualified for the Grandmaster title at 14 years old in 2009. In December 2014, he won the first Qatar Masters Open tournament, beating among others Vladimir Kramnik and Anish Giri.

He was a member of the gold medal-winning Chinese team at the 41st Chess Olympiad in 2014 and at the World Team Chess Championship in 2015. In the 2014 Olympiad he also won the individual gold medal on board 3, thanks to his performance rating of 2912, the best of the entire event.

This will be Yangyi Yu’s first time playing in Altibox Norway Chess.