The 9th edition of the Norway Chess tournament will take place from September 7th to 17th, 2021.

6 players, 10 rounds, over the board chess. Get ready!

Changes in the program may occur

Tickets are sold at the venue. Covid-19 measures will be followed. 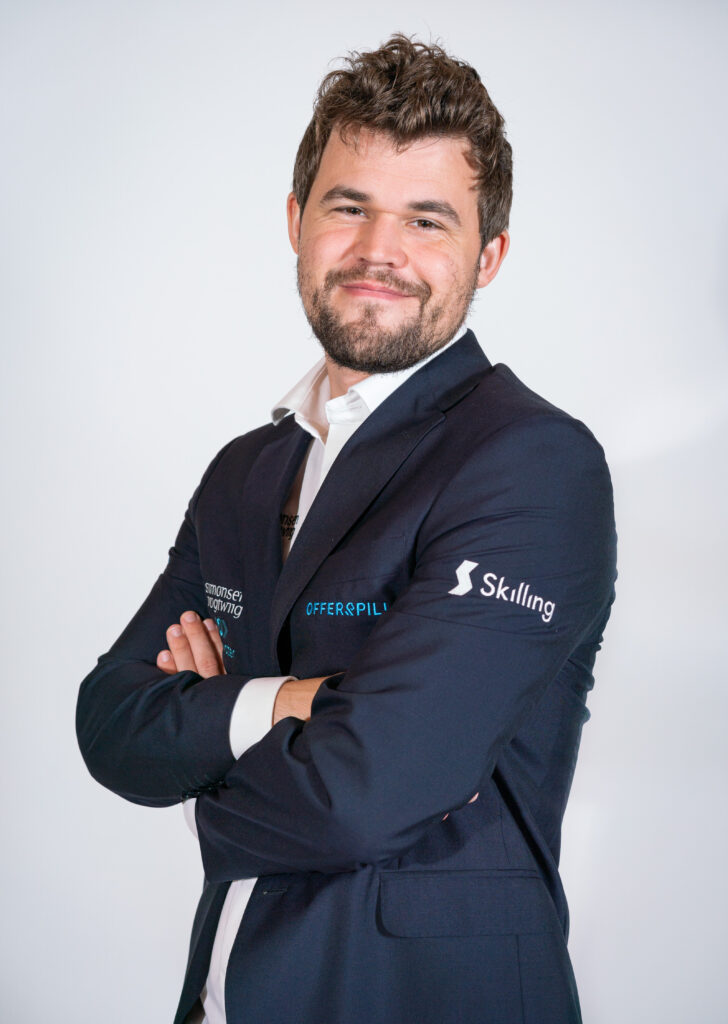 Magnus Carlsen was born in Tønsberg, Norway in November, 1990.

In 2013 he won the Candidates Tournament and qualified for a World Championship Match vs. Viswhanathan Anand. Carlsen became World Champion by beating Anand 6,5 – 3,5.

In May of 2014, Carlsen reached a peak rating of 2881. Later the same year he won both the Rapid and the Blitz World Championships. In 2014, he defended his World Champion title, and became the first player to simultaneously hold the title in all three FIDE rated time controls (Standard, Rapid and Blitz).

Magnus Carlsen started 2016 with his fifth win at the Tata Steel Chess Tournament and his first at the Altibox Norway Chess Tournament. He finished the year with a win against Sergey Karjakin at the 2016 World Chess Championship in New York.

He went into 2018 ranked No. 1 in the FIDE rapid and blitz rating lists, with Elo ratings of 2880 and 2965, respectively. In November, he successfully defended his title against Fabiano Caruana at the 2018 World Chess Championship in London.

Carlsen has played in all editions of the Norway Chess tournament. He won in 2019 and 2020. 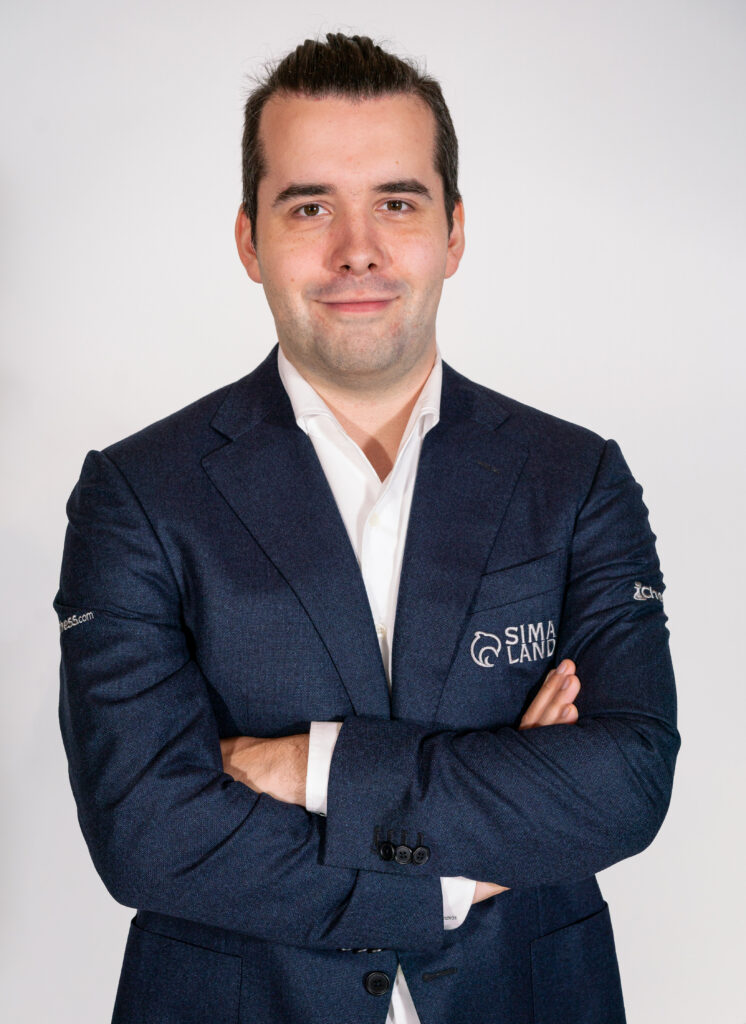 Born 14 July 1990, Nepomniachtchi learned to play chess at 4.5 years old. His grandfather Boris Iosifovich Nepomniashchy (1929-1998) was a famous teacher and lyricist in Bryansk.

In 2007, he finished second in the C group of the Corus Chess Tournament in Wijk aan Zee, earning his first grandmaster norm. Later that same year, Nepomniachtchi gained his second GM norm at the European Individual Chess Championship in Dresden. The third and final norm required for the GM title was won at the 5th Vanya Somov Memorial – World’s Youth Stars tournament in Kirishi.

Nepomniachtchi won the silver medal at the World Blitz Chess Championship of 2014 held in Dubai.

On December 10, 2017, he won a chess game against world champion Magnus Carlsen at the super tournament in London. In the tournament Nepomniachtchi, who was the leader after 8 rounds (+3-0=5), lost in a tie-break to Fabiano Caruana, who managed to catch up with the leader in the 9th round, and took 2nd place.

In 2020 December he won the Russian championship by edging out GM Sergey Karjakin by half a point after eleven matches.

2021 will be Nepomniatchi’s first appearance at Norway Chess. 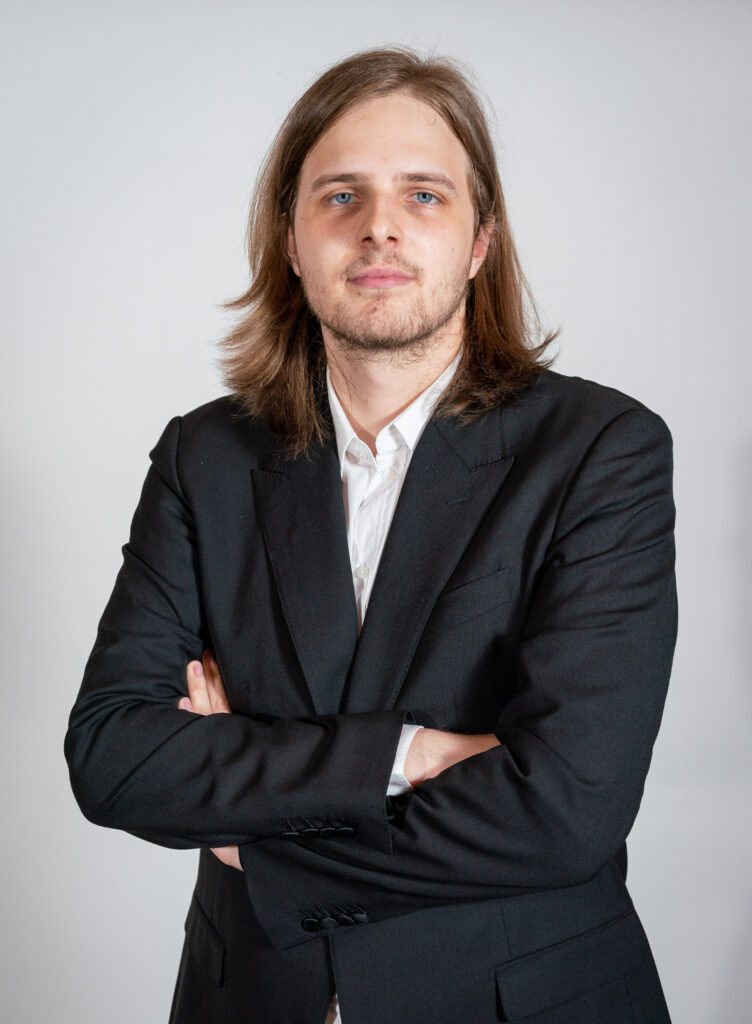 Born 25 March 1996, at the age of 13 years, 11 months and 6 days, he became the youngest ever Hungarian grandmaster (the previous record was held by former world title challenger Péter Lékó), and the fifth youngest chess grandmaster in history at the time.

At the Tata Steel Chess Tournament in January 2017 he played his first game against Magnus Carlsen and won with white in 33 moves.

He won the Hungarian Chess Championship in May 2017.

He also won the tournament that was covered by Grandmaster Simon Williams in his show called Checkmate, finishing ahead of top seed Arkadij Naiditsch and World Championship challenger Nigel Short.

Rapport won against Sam Shankland in their match, which was part of the USA vs. The World tournament. 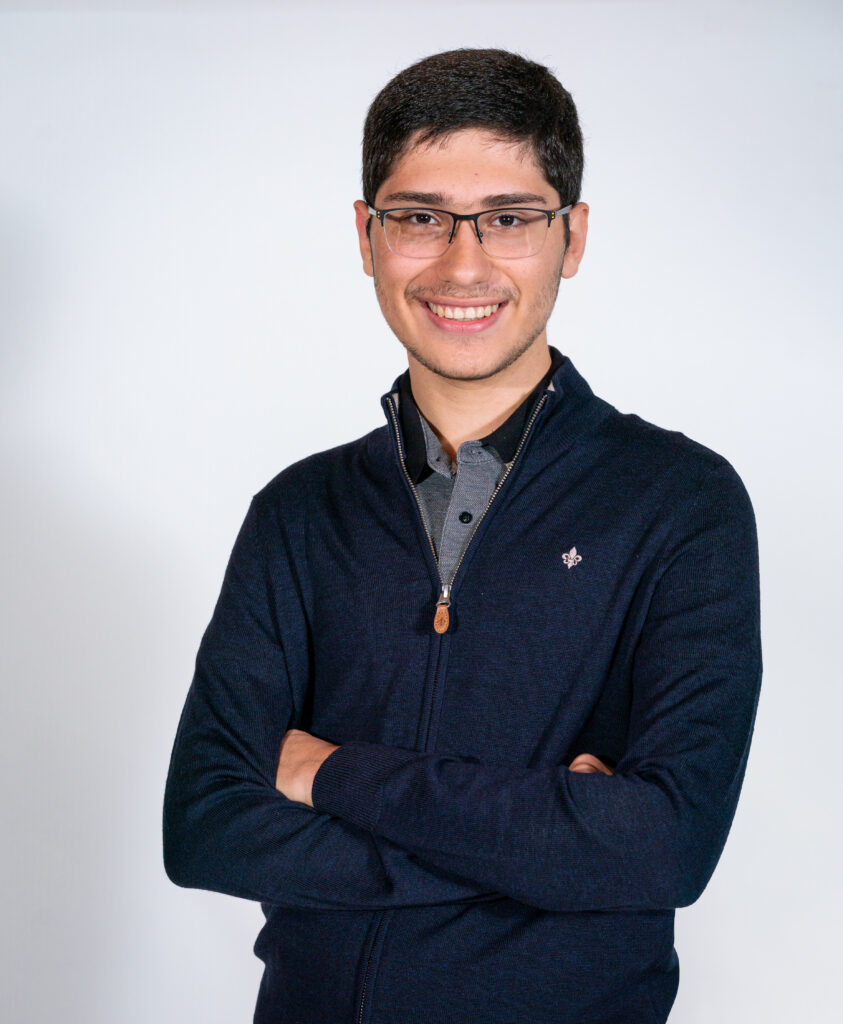 Firouzja joined the elite of chess only a few years ago and is already today considered a future competitor for the world championship title.

At Tata Steel 2020 it was the first time that Firouzja faced the world elite in a classical round-robin tournament. He became the first Iranian to compete in the Masters’ bracket of the tournament.

Firouzja finished with 2nd place (18.5), 1 point behind Carlsen (19.5) and ahead of Aronian, Caruana and Duda. His performance rating for the event was 2880. 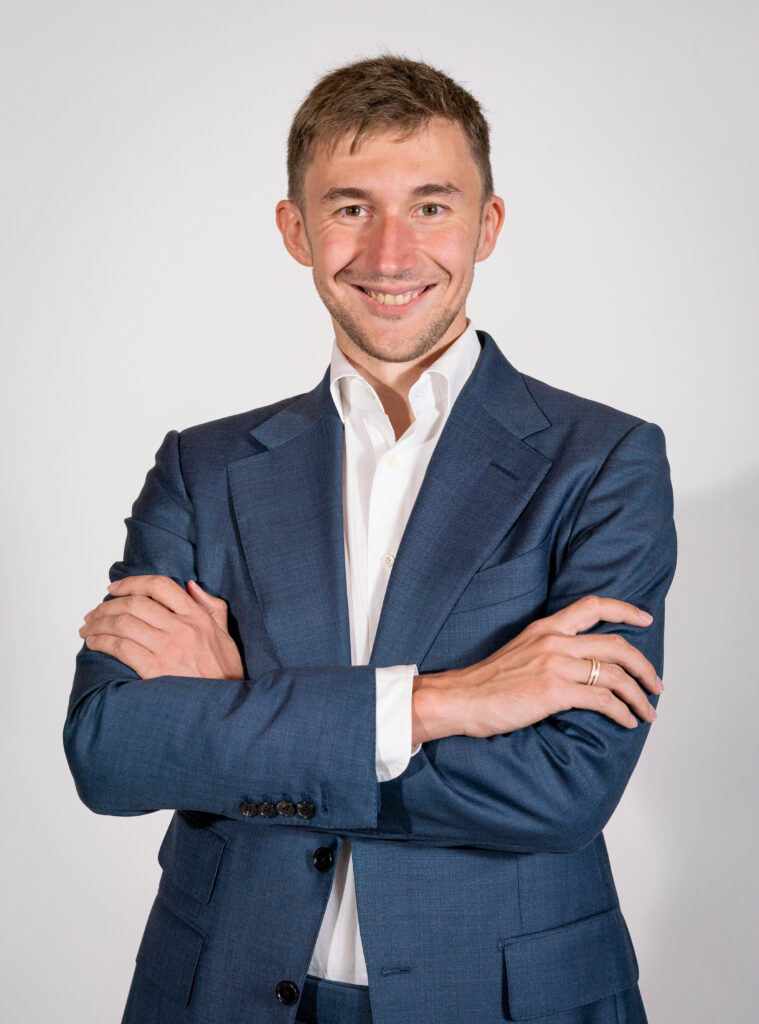 In July 2012, Karjakin won the World Rapid Chess Championship a full point ahead of world number one Magnus Carlsen in Astana, Kazakhstan. In the same month, he also tied for first at Dortmund with Fabiano Caruana but came in second after tiebreak.

In May 2013 he won the inaugural edition of Norway Chess half a point ahead of Carlsen.

In March 2014, he finished in second place in the FIDE Candidates Tournament held in Khanty-Mansiysk, Russia, behind Viswanathan Anand. His second at the event was former FIDE World Champion Rustam Kasimdzhanov.

In June 2014, Karjakin won the Norway Chess tournament for the second year running. In this tournament he competed against nine other players, six of which were rated in the FIDE top 10.

In March 2016, Karjakin won the 2016 Candidates Tournament in Moscow and qualified to play a match against Magnus Carlsen for the title of World Chess Champion. He defeated Fabiano Caruana in the last round of the tournament to finish with 8½ out of 14, one point ahead of Caruana and Anand.

The World Chess Championship 2016 took place from 11–30 November 2016 in New York City. Karjakin’s record against Carlsen in classical games before the World Championship was: 1 win, 4 losses, and 16 draws. Karjakin won the eighth game, but lost the tenth, leaving the match tied 6-6. Carlsen defeated Karjakin 3-1 in the rapidplay tiebreaks, and won the match. 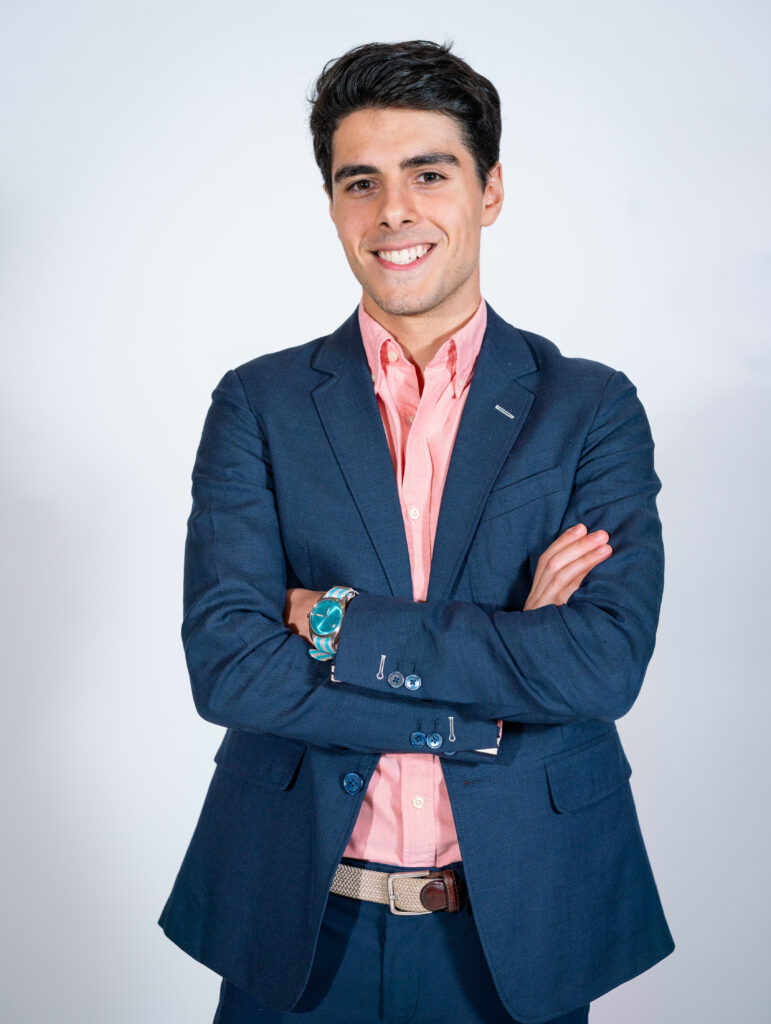 At the Open Norwegian Championship in Fagernes in March 2013, Tari finished in seventh place and scored his first Grandmaster norm, the second youngest Norwegian player ever to have done so at the time.

Tari secured his second Grandmaster norm over nine rounds at the 2015 European Team Chess Championship in Reykjavik where he played Norway’s third board and scored six points. He will be Norway”s 12th player to be awarded this title.

After his first appearance at Norway Chess 2020, Tari will return to Stavanger for a second time.